Home / Children / The Current Condition of Mental Health of Afghans: A Call for Immediate Attention

The Current Condition of Mental Health of Afghans: A Call for Immediate Attention 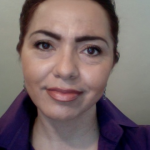 Almost 30 years of war and conflicts have left Afghanistan and its people with devastating psychological consequences. The wars caused Afghanistan’s population to be demoralized and to suffer socially and economically. One direct social consequence has been the destruction of the Afghan social and family structures that had served Afghans over time as the foundation for sustaining psychological well-being.

In addition, many years of direct exposure to aggression, violence, and continuous fear have adversely affected the mental health of Afghans. They suffer from high prevalence of psychological disorders. According to the World Health Organization, (WHO, 2001), it is estimated that more than five million Afghan women and men suffer from various types of mental distresses, including complex trauma, depression, anxiety disorders, and substance abuse and dependence. For a country with a population of 28 million, this is especially alarming.

Despite limited epidemiological studies on the occurrences of mental illnesses, it has been observed that Afghan women disproportionally suffer from psychological illnesses. This is due in part to their systematic exclusion from education, employment, and political participation through strict gender segregation under the Taliban regime. They were mainly confined at home, and often deprived of their basic human rights. In addition, different forms of violence against Afghan women, such as forced marriage, under-age marriage, sex trafficking, and physical and domestic violence have caused mental distress for Afghan women.

Although studies on the condition of mental health in Afghan women have been scarce, a few limited studies suggest that Afghan women suffer mainly from depression, PTSD, and other anxiety disorders (Razekh, 1999; Lopez Cordozo, 2004; Scholte et al. 2004).

A lack of mental health professionals and culturally sensitive assessment tools and knowledge has created barriers to accurately assess and treat mental disorders in the population, especially in Afghan women, who live under strict gender segregation imposed by cultural norms. In fact, the 2006 WHO report indicates that in Afghanistan the number of qualified mental health practitioners is almost non-existent. According to this report, for the entire country, there are currently only a total of 8 psychiatrists, 18 psychiatric nurses, and 20 mental health professionals for a population of 28 million (WHO, 2006).

Making Mental Health Needs of Afghans a Priority: What Needs To Be Done?

•  There is a great need for epidemiological studies on the occurrences of psychological disorders in Afghanistan, especially among Afghan women.

•  In order to protect victims of domestic violence and other violence against women, culturally and socially appropriate shelters and safe havens must be developed and protected.

•  Afghan women need social advocates who can advocate on their behalf in Afghanistan and in the West.

•  There is a great need for research to demonstrate the impacts of psychosocial interventions on mental health of Afghan women. This could eventually influence the formation of the path to peace and reconciliation.

•  General awareness must be raised among Afghans of the relationship between post-conflict mental and psychosocial disorders and how these can have a direct impact on the health and education of their children.

•  Supported by such awareness, the investment in the mental and psychosocial well being of women should be much increased. This is essential, as it is women who most influence the health, nutrition, and education of their children, and consequently, the nation.

•  Long-term peace, security and the guarantee of basic human rights for Afghan women are the most critical factors to achieve mental health. However, meeting the very basic needs (shelter, food, running and clean water, etc.) would not only improve the physical health of many Afghans – women, men, and children – but also their mental condition.

Rawan Online is the first website on psychology and mental health for Afghans covering a wide range of topics related to health and relationships.
Previous What is post-traumatic stress disorder, or PTSD? (1)
Next A Few Words With Readers