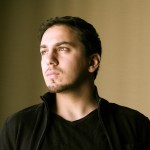 Herat, bordering Iran, is the westernmost state of Afghanistan and is arguably the safest city in the entire country.  Historical giants such as Khawaja Abdullah Ansari and kings such as Alexander the Great once roamed the streets of Herat, leaving behind a bustling trade center that continues to impact its neighboring states and countries.

Herat, bordering Iran, is the westernmost state of Afghanistan and is arguably the safest city in the entire country.  Historical giants such as Khawaja Abdullah Ansari and ancient kings such as Alexander the Great once roamed the streets of Herat, leaving behind a bustling trade center that continues to impact its neighboring states and countries.

Although Herat has succeeded economically with its lucrative customs bureau which milks import revenue through Iran, a formidable challenge obscures the utopian canvas of this bustling city: second-class treatment of women is widespread in some households leading to abusive relationships and violent crimes against women.  But Herat is not alone.  Provinces around the country are notorious for subjugating women to humiliating and deeply rooted practices such as forced child marriages to settle debts and disputes, known as “baad.”

Because men are usually two to even five times the age of their child brides, such relationships leave the child bride powerless and prone to abuse by the husband and in-laws.  According to Ezmarai Osmany, a prosecutor at the Violence Against Women Unit (VAWU) in Herat, a girl aged only ten years old was recently married to a forty-five year old man for forty-five sheep, a few television sets, and some money to settle an outstanding debt.  The girl’s father tried to justify marrying off his child by arguing that each sheep would get him $120 on the market, and therefore it was a fair trade!  I was disgusted.  For some girls, the only way out of such marriages is to either escape the household by seeking refuge at her father’s home, or commit suicide by self-immolation.

But running away could lead to arrests and accusations of adultery, especially if you seek refuge in a non-relative’s home such as your neighbor.  For those with nowhere to go, or clueless about Herat’s only women’s shelter, suicide is the only understood option.  Instead of a quick death, many of the girls suffer for days in Herat’s city hospital before succumbing to the infectious dangers and agonizing stings of their wounds.  Some girls foolishly believe that pouring a bit of kerosene over their bodies will leave enough of a scar to “send a message” to their abusive families, hoping the burns will reward sympathy and eventually end the domestic abuse.  This false hope usually ends them up in the morgue.

Such was the case of Laila, a graduate of the Faculty of Sciences from Herat University.  It was the second day of my internship with VAWU in Herat.  Laila’s parents somberly walked into the office, her mother silently shedding tears in her colorful long chadar.  Her father hunched down with puffy eyes, shoulders bent forward, unable to lift up his head from sleepless nights while standing next to his dying daughter at the hospital.

Allegedly upset about living with her in-laws who regularly pestered her for not cleaning the house and preventing her from moving away to live independently, she decided to pour kerosene over her body in the household bathroom and lit herself on fire. By the time her in-laws heard her screams and put out the fire, the burns left her scorched.  Her husband was the first to rush to her aid and put out the fire with his bare hands, leaving him with severe burns on his face, hands, and feet.  As she sat in the hospital, her mother told us that her daughter admitted self-immolation.  With such severe burns, hope for Laila’s survival dwindled.  Laila died two days later with burns covering over 85% of her body.

This evening, Osmany and I drove to Herat’s burn unit to conduct the prosecution’s interrogation of the husband.  In addition to applying the laws of the land against the accused, prosecutors in Afghanistan perform the detective investigatory work usually executed by police in other countries—such as the United States—resulting in a tension between impartiality and exercising due justice.  Ramin, the husband, limped out of the burn unit with skin peeling from his discolored face.  The smell of his singed reddish beard permeated the air as he sat down on a beat-up wooden chair in the burn unit, anxiously staring back and forth at our notepads and his wounds.  He did not shed tears, but was obviously distraught.  We asked him the routine set of questions the prosecution would ask any potential suspect:

“Did you have an argument with Laila before she lit herself on fire?”

“Was there any indication that your parents had an argument with Laila before the incident?”

Ramin testified that he deeply loved Laila, and there that he only recalls an isolated argument between his wife and mother a week before the incident.

“She ruined her life, her child’s life … she ruined all of our lives!  Why did she do this to herself?”

But Ramin was really worried about something else.  The prosecution’s documents contained a fingerprinted statement from Laila that claimed that the in-laws forced her into a room and lit her on fire.  Ramin urged Osmani to inform the case’s head prosecutor to omit this incriminating evidence.

Although Ramin’s statement was confirmed by Laila’s own admission—lying to “get back at her in-laws” during her first statement—Ramin was not telling us the whole story.  He danced around every question and was unresponsive throughout much of the interview.  Interestingly, Ramin was adamantly urging us to write down for the record that Laila was mentally unstable.  He offered no proof or documents verifying this statement.

Amidst all the uncertainty, Ramin’s case is not looking good for him or his family.  The police have already arrested his mother on suspicion of compelling or provoking self-immolation, and his father and sister are missing, raising suspicion that Ramin’s family cornered Laila into an act of desperation.  Why would a college educated and progressive women set herself on fire without any provocation?  Ramin’s story just did not add up.  In fact, he had no consistent story as far as the prosecution was concerned.  Facts have emerged that Ramin’s family was ultra-conservative, which may have compounded familial pressure on college educated Laila, who allegedly had to ask her in-laws for permission to leave the house.  We completed the interview with Ramin and walked away.  Back at the prosecutor’s office, as Laila’s father completed his investigative interview, he looked at me waving his clenched fist and raised index finger in the air and said,

I led him out the door and repeated my condolences.  Sympathizing in respectful Afghan manner, I told him,

“May God keep you elders alive, but uproot the disastrous practices that some continue to practice.  There is hope Lala Jaan (brother).”

Maria Bashir, my mentor, and Afghanistan’s first and only female chief prosecutor, is leading the charge toward a protective future for Afghan women by making new inroads in Herat’s courts.  When Afghanistan passed the unprecedented law on the Elimination of Violence Against Women (EVAW) in 2009, Maria lead the country as Herat’s chief prosecutor by filing 68 EVAW law indictments and trying 35 of those cases by invoking many of EVAW’s 44 articles.  In comparison, Kabul filed only a meager 21 indictments.  The law protects women by criminalizing 22 different acts of violence including acts of forced self-immolation to humiliating women.

Maria’s robust efforts to educate the public and convince judges to apply the ripe EVAW laws has encouraged women across the province to file complaints of abuse, but has also drawn criticism from extremist elements in the country who are concerned that the law may replace informal adjudicatory systems that traditionally settle legal disputes.  Some argue that the EVAW law could dismantle the institution of the family by separating husbands from wives and children because of the harsh prison terms assailants must serve.  Maria’s efforts led to three assassination attempts, with one bomb planted directly in front of her home.  She was also the victim of character assassination by her enemies in conservative Herat, who sent text messages to her husband and brother calling them cowards for allowing her to promiscuously interact with unrelated men—slander meant to demoralize her.  She even faces enemies from power-hungry politicians who hope to secure her position because of the lucrative potential for hefty bribes.

Despite being forced to send away two of her children to study in foreign countries and being forced to confine her thirteen-year old son to her apartment, Maria is undeterred.

As I left her office today, she told me, “they can throw bombs at my family, threaten me, mentally suffocate me, but no matter what they do, I will continue to walk down the halls of this building and work toward establishing a progressive and just future for the Afghans of this country.”

I sat there in Maria’s office wondering whether or not Laila knew about Maria Bashir and her success as a female prosecutor exercising the EVAW law, and whether that would have changed her decision to light those matches.  She was educated, bright, and could have chosen a multitude of methods to escape her emotionally abusive relationship.  The prosecution hopes that the answers to these puzzling questions will unfold in time through further interrogations and investigative work.

Walking out of Maria’s office, I thought, “if enough like-minded Afghans walk down these hallways alongside Maria, perhaps another Laila somewhere in Afghanistan might choose a pen instead of a lighter to free herself from misery.”

The names of the parties were changed to protect the identity of the victims and their families.

Jawid Habib was born to Afghan refugees in San Diego, California. He recently received a bachelor’s degree in political science with an emphasis in international relations, and completed a minor in middle eastern studies. He is currently pursuing his Juris Doctorate at UCLA School of Law, and is the Editor-in-Chief of the Journal of Islamic and Near Eastern Law at UCLA Law. This summer (2012), Jawid will be working as an intern with Afghanistan’s first and only female chief prosecutor—Maria Bashir—in the historic city of Herat.

Rawan Online is the first website on psychology and mental health for Afghans covering a wide range of topics related to health and relationships.
Previous Meet Needs to Meet Happiness
Next Intensive Mobile Phone Use Affects Young People’s Sleep