Women’s Rights in Afghanistan: From Ethical Commitment to Political Compromise

FOREWORD: One of the major components of mental health is the ability to work productively and fruitfully and to make a contribution to the community. Sometimes the problem is individual, i.e. there are opportunities in the community but the person is unable to function effectively. However, there are times that the person has the potential while the community restricts his/her potentials or avoids empowering him/her. When it comes to Afghan women, you can see numerous cases of the latter, where women either possess skills and energy or the potentials to realize their goals and play an active role in the society, but they have to face significant challenges on their way. I think a society should not expect considerable progress after segregating women and depriving them of some of their unalienable rights. Following is a thought-provoking piece by Abdul Kabir Salehi, a young, prominent human rights activist, a researcher, and a civil society member in Afghanistan. Dr. Esmael Darman 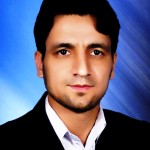 Afghan Ulama Council released a declaration last Friday emphasizing on gender-segregation of men and women at the workplace, educational institutions and other social spheres.  The declaration also insisted that women are to be dominated by men according to the verse one and thirty four of the Chapter Al- Nisa in the Quran. The Ulama council also stipulated in the declaration that women are not permitted to travel unless they are accompanied by their close relatives.

After president Karzai stated on Tuesday that he is committed to the declaration released by the Ulama Council, a number of women right advocates objected the declaration and read it in light of efforts for peacemaking and reconciliation with Taliban. For me neither the declaration nor Karzai’s support for it was a surprise because both Karzai and Ulama share a tribal rationality that privileges male and regards woman as inferior to man.

On one hand the Ulama’s position on women’s rights trace its genealogy to the exegetical doctrines within the framework of Islamic jurisprudence (fiqh) which was developed during the first five centuries of Islam as a result of the interplay between human reason and divine revelation. The early Muslim jurists, who codified the basic principles of Islamic jurisprudence (Fiqh) and expanded the social legislations through exegesis of the sacred texts, were a part of their social horizons and cultural contexts in which they lived. Their world-views got shaped in a socio-historical context which was under the hegemony of patriarchal ideology and tribal rationality. Due to this fact, they consciously or unconsciously supported and upheld the discriminating stereotypes prevailing in their social horizons and brought to the text all that they were, with all of their presuppositions, culture, stereotypes and world-views. The Islamic Jurisprudence, therefore, budded and developed through reading patriarchal paradigms into the sacred texts.

On the other hand, Karzai’s support of the declaration is interpretable in light of his political interests. For him values such as human rights and women’s rights have always been subject to political compromise. After the Bonn Agreement in 2001, when large international military and economic aid flows were conditional upon protection of women’s human rights by the Afghanistan government, Karzai started to adjust his discourse to the international community’s conditions in order to gain access to the material benefits of foreign aid. He, thus, instrumentally adapted to growing international and domestic pressures and rhetorically upheld the women’s rights discourse.

The first tactical step taken by the Interim President Hamid Karzai soon after the Bonn Agreement was approval of the Declaration of the Essential Rights of Afghan Women which had been drafted in June 2000 in Dushanbe, Tajikistan by 300 Afghan women. The Declaration which received Karzai’s approval on January 12, 2002, stipulated “the rights to equality between men and women, equal protection under the law, institutional education in all disciplines, freedom of movement, freedom of speech and political participation and the right to wear or not wear the burqa or scarf.

Subsequently, in early 2003, Karzai signed and ratified the Convention on the Elimination of All Forms of Discrimination against Women (CEDAW). The Convention, adopted in 1979 by the UN General Assembly, is often described as an international bill of rights for women. In spite of profound epistemological and cultural gaps between Islamic law and CEDAW, the two have much in common. There are, however, significant differences and areas where the Islamic law and CEDAW appear to be incompatible; in particular the article 15 and 16 of CEDAW contradict with Islamic Law (Shari’a). The latter deals with marriage and family relations while the article 15 deals with civil rights (Salehi, 2009) Therefore, the most popular way out of this contradiction for the Muslim countries has been to do ratification of this convention with reservations to the aforesaid articles. But Karzai didn’t make any reservation to any articles of CEDAW, as if he knew from the very beginning that he wouldn’t abide by the entire convention, so there was no need for displeasing the international community by making reservations. This was, indeed, another tactical concession strategically used by Karzai to, according to Schimmelfennig (1994), add cheap legitimacy to his position.

With the enactment of the two contradictory legal instruments of the Shiite Personal Status Law (SPSL) and the Elimination of Violence against Women Law (EVAWL) in 2009 and right before the presidential elections, Karzai once again made use of tactical concessions to simultaneously maintain the electoral support of both the international community and of Shia fundamentalists. The Shia Personal Status law, which was riddled with Taliban style misogyny, was passed by parliament and signed by President Hamid Karzai in March 2009.

The document is a civil law governing family and marital issues of the 20 percent of the population who are Shia. Articles in the law of particular concern include minimum age of marriage, polygamy, inheritance rights, and right of self-determination, freedom of movement, sexual obligations, and guardianship.

Afghan women’s rights activists mounted a campaign to force the president to revise the law, aided by the outspokenness of countries like the US, Canada, and various European nations. Although Karzai at first insisted that Western governments had misunderstood the restrictions, he finally resigned himself to an instrumental adaptation to growing international and domestic pressures and ordered his justice minister to review the law. Unfortunately, the final outcome fell far short of expectations, apparently because President Karzai was intent on maintaining the electoral support of Shia fundamentalists. A month before the presidential elections and on July 19, 2009 he issued by decree an amended version of the law which still includes articles that impose drastic restrictions upon Shia women, including the requirement that wives seek their husbands’ permission before leaving home.

While issuing the decree, Karzai was fully aware of the fact that the electoral support of Shia fundamentalists would not be enough for him to win the elections and he would also need support of the international community and domestic human rights activists. To attain this goal he signed the Elimination of Violence Against Women Law (EVAWL) on the same day, criminalizing violence against women, including rape, battery or beating; forced or underage marriage; “baad” (the giving of a female relative to another family to settle a debt or dispute); humiliation; intimidation; and the refusal of food.

The strange thing with these two laws, which got issued simultaneously, is that they are completely contradictory. One legalizes the paradigms of male preference and discrimination against woman, whereas the other criminalizes discriminatory attitudes and practices towards women.

The aforementioned tactical concessions and rhetorical actions have resulted in the Afghanistan judicial system dealing with a set of contradictory laws, which on the one hand upholds women’s rights and on the other hand legalizes traditional paradigms of patriarchy and misogyny. Re-victimization and investigation of women and girls who run away from home due to physical and psychological violence, sexual abuse and forced marriage is an obvious evidence of the prevalence of patriarchal and misogynistic traditions in the Afghanistan judicial system. Running away from home has not been established as a criminal act in Afghan laws; particularly in the Penal Code of Afghanistan. But women and girls accused of “running away from home” are arbitrarily detained by the Afghan government for having allegedly committed a breach of customary law or Shari’a or attempted to commit “moral crimes” including adultery/sodomy.

The paradox of legislation in Afghanistan and rhetorical actions haven’t protected women against violence and ten years after the Bonn Agreement, Afghanistan is still one of the most dangerous places in the world to be a woman. It has the highest maternal mortality rate in the world, one of the highest rates of domestic violence and is perhaps the only country where suicide rates are higher among women than men. It is a place where women still set themselves on fire to escape the brutality of patriarchal and misogynistic traditions; where girls as young as eight years old are married to elderly men and where 60 per cent of marriages are forced.

Human Rights Watch. (2009) “we have the promises of the world”:  Women’s Rights in Afghanistan.

Salehi, Abdul Kabir. (2009) A Comparative Study on Islamic Law and CEDAW. Annexed to The Norwegian Refugee Council’s Report on Prevention of and Response to Gender-Based Violence in the Western of Herat, Afghanistan.

Note: Any reproduction of the above article by any form and in any publication must be coordinated with Rawan Online!

Rawan Online is the first website on psychology and mental health for Afghans covering a wide range of topics related to health and relationships.
Previous Why Are People Different?
Next To Get Positive Out of Negative: Opening Women’s First Internet Café In Afghanistan