Home / Adults / Nostalgia Should Not Be Confused with Patriotism

Nostalgia Should Not Be Confused with Patriotism 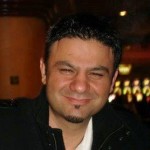 Patriotism as a means to admire and learn from the positive attributes of one’s culture and country (be it one’s place of birth or adopted home) is enticing while as a mechanism to re-live the memories of the “good old days” and operate within one’s comfort zone, it can be extremely limiting.

What is often ignored, especially in more conservative Afghan immigrant circles, is the importance of revisiting and reconciling one’s cultural and traditional heritage in light of the vivid realities of one’s adopted home.  This short piece intends to explore the causes of the perceived “blind patriotism” in Afghan communities in the West and seeks to explain the negative impact of such behavior.

As an observer who has lived with and been shaped by the Afghan communities in Britain, the United States and Australia, what I have found most disturbing has been the subjective, and often single-dimensional, definition that is given to the term “Afghan” in our immigrant circles. The Afghan youth, who are computer savvy and have access to the latest communication tools, have been deeply influenced by their older generations in understanding our cultural values.  This is not always undesirable.  After all, that may be one of the most efficient ways in which cultures pass from one generation to another.  Yet, in a conservative and displaced culture such as ours, this can be a risky pursuit.

On one hand, the displaced nature of our immigrant lives makes our youth’s experience of our cultural realities single-dimensional and homebound.  The youth see their parents and, at times, grandparents as the “Afghan” role models without having a comparable benchmark of values.  On the other hand, our conservative upbringing, rooted in the tradition of unquestionably respecting our elders, makes it difficult, if not impossible, to query the rationale or logic of the set of values presented to our youth as being that of all Afghans.

Economics plays a role too.  First generation Afghan immigrants in the West have mostly been economically disadvantaged.  This has influenced their choices and certainly their ability to invest time and money to ensure their children continue to speak, read and write Farsi/Dari and/or Pashtu.

My personal observations (though I do not claim to have conducted a scientific research to prove or disprove my hypothesis) indicate that Afghan youth significantly fall short of other immigrant communities (Indians and Iranians in particular) in their ability to remain effective in reading and writing one of the languages of Afghanistan.  Thus, their communication skills and the tools they use to communicate, while much more advanced than their parents’, can be rarely utilized in enhancing their understanding of the diverse forms of the Afghan culture outside their homes.

Why is this a problem?  It is a problem because the generational gap in understanding and applying Afghan cultural values has become less significant.  Our youth find it very difficult to evaluate, understand and more importantly apply their cultural values to their daily lives.  They “act” Afghan with their parents while practice being British, American or Australian with their friends.

More disturbingly, they tend to see the cultural values of the West as distinct and irreconcilable to the Afghan culture without feeling the urge to identify and realize synergies from their unique cultural exposures.  Being Afghan, thus, remains a state of mind, a series of tales from the golden days and a static identity that has little room for change.

Our youth is not to blame for this.  This is caused by our false sense of patriotism which is rooted in our fear of change rather than in our love or respect for our cultural values.  As first generation Afghans, we have not fully reconciled our realities with those of our surroundings while we have failed to assimilate effectively in our new homes.  Our celebration of our culture has focused on individuals or events rather than their relevance to our lives in the West or what we have learned from them.  I am usually amazed to see how, as a people, we are more interested in where a poet or a thinker is from rather than what he or she has got to say.

Allow me to point out yet another unscientific but indisputably commonsense observation.  The Afghan community that I have befriended on Facebook is a vibrant group of educated individuals.  They are smart, outspoken, culturally aware and comfortable in their own skin.  They have mostly grown up in the West and have attended Western institutions of higher learning.

Yet, even within such a vibrant community, one cannot help but to acutely notice their tendency to operate within their “Afghan comfort zone”.  This manifests itself in so many ways:  the vast majority of their cultural postings are either influenced by Bollywood, Afghan musicians of the late seventies and early eighties, or by their pride as to how beautiful Afghanistan had been back in the days.

There are Afghan cultural groups and blogs that are dedicated to the Afghan cultural icons.  Yet, except for a handful of sites, they predominantly choose to either idolize or demonize personalities, paying little attention to evaluating their work.  To some extent these tendencies can be considered the side-effects of living in exile.  Nevertheless, one finds it puzzling to observe a group of versatile and educated professionals such as my Facebook friends so much affected by their distant past yet so little touched by the realities of the societies in which they have spent most of their useful lives.

To be able to fully realize our potential as a diaspora and to play a meaningful role in shaping our future in the West, we need to look inward.  We should empower our youth to question our ways of thinking and to suggest alternatives.  Our intellectuals and academics should focus more on the relevance of our cultural icons to our lives today, rather than merely telling us how great they had been.

Yes, we should be proud of our cultural heritage, but we must be able to reconcile and apply it to our dynamic lives today.  Lastly, as an immigrant community, we owe it to ourselves to successfully widen the generational gap between our parents’ single-dimensional interpretation of the Afghan cultural values and those experienced by our children who live in diverse, multi-dimensional societies affected by a variety of cultural values. Only if we succeed in this transition can our children fully benefit from, and be proud of, their Afghan cultural heritage.

About the Author: Sear Yagana is an Afghan-American. Born in Kabul, he studied for his bachelor’s and master’s degrees in the UK. Widely travelled, he has been involved with the Afghan diaspora’s professional, cultural and intellectual circles in the UK, Australia and USA. He works for an international management consultancy and currently lives in Washington, DC.

Disclaimer: The views and opinions expressed in this article are those of the author and do not necessarily reflect the official policy or position of Rawan Online.

Rawan Online is the first website on psychology and mental health for Afghans covering a wide range of topics related to health and relationships.
Previous Afghan Women and Uphill Battle
Next Meet Needs to Meet Happiness